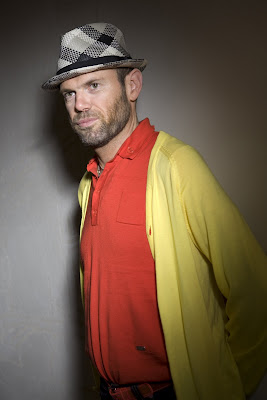 He was headfirst into the studio making credible and outstanding British House music when many luminaries around him were still busy getting to grips with their decks and justifiably continues to be widely regarded as one of the founding Heroes of the international dance music scene.

Universally acknowledged as the MASTER of all things DANCE-FLOOR and CREDIBLE, Dave, under the pseudonym of JOEY NEGRO, was one of the first producers to sample disco music on his cult house imprint Republic Records and was largely responsible for giving meaning to the term ‘disco house’. However with a production and musical repertoire as varied as his infamous aliases are numerous, he has provided a wildly diverse stream of club and chart essentials. So despite his taking cover under a string of different aliases, we can confirm that its our very own Mr Lee behind everything from the huge ambient hit American Dream (Jakatta), the much lauded jazz meets house project The Sunburst Band and current electro club stormers such as Akabu.

A hugely respected PRODUCER and REMIXER first and foremost, Negro uses his DJ’ing talents as a sound-bed for tweaking his musical creations to perfection. His work ethic is legendary, having been involved in well over 200 productions, countless albums, and a healthy stack of hit singles. An acknowledged expert in all things funk, soul and disco, he’s the helpful “consultant” depended on by radio and TV producers. This same encyclopaedic musical knowledge has also made him the choice arranger of compilations ranging from Generic current Dance (Defected In the House etc) to the specialist Disco, Funk and Boogie compilations his many fans feverishly collect.

He has worked with a GALAXY OF Huge STARS from Lionel Ritchie, Mariah Carey to Seal and his own productions have been used to promote everything from Sex In The City, Chanel perfume to Euro 2004 footie coverage. Indeed his latest massive club must-have Make A Move on Me was first used in North America to promote a rather famous rubbery kind of birth control after attracting the marketing supremo’s attention when it first aired on an episode of titillating lesbian drama the L Word.

As a DJ he strives to reflect his extensive love of a massive variety of quality music by playing the kind of eclectic and mind-blowing sets which showcase the many edits and updates of old tracks he’s become famous for. The real skill of Joey Negro though, lies in his ability to make these tracks mix in seamlessly and stand alongside the very freshest cuts in his box, making him a favourite at Festivals worldwide.

“I’m forever chopping up new records in the studio to make them work better in clubs – I can’t help myself – I want dancers to experience the very best highs a record has to offer, even if it means I have to spend a few days in the studio re-arranging something. I couldn’t be a producer without being a DJ and certainly DJ’ing would be a whole lot less fun if I didn’t get to tweak the music I was playing out.”

Not content with being the most commercially successful house producer in the UK (this is the man who has had more TOP 10 HITS than any other UK house producer after all), compiling and mixing endless successful compilations and running the heavyweight successful house label Z RECORDS, Joey Negro continues to play out all over the world and make records, simply because he enjoys it.

And while he is frequently on the move, he always has time to bring us more huge dance hits, such as the storming Akabu “I’m Not Afraid of the Future”, the electro-gizmo of Tamarra’s World “Trampoline”, and a proper house anthem in the making Sessomatto “You’re Gonna Love Me” . A timely retort indeed to those doubters who have decried dance music as an endangered genre.

For more info and full discog please drop by www.joeynegro.com

Legendary UK producer Dave Lee/ Joey Negro founded Z RECORDS back in '91, as the natural successor to his highly influential first label, Republic Records, which remains for many, the foundation stone of the UK house scene. It was on Republic, that Dave first introduced the UK to such classics as Phase II's “Reachin'” and Turntable Orchestra's “You're Gonna Miss Me”. These tracks nestled snugly alongside his own early productions such as Raven Maize's “Forever Together”, still viewed as an unfading classic house track to this day.

Using Z primarily as an outlet for his own material, Dave has continued to champion all things funky and soulful with a consistently high level of quality underground releases. The last few years has seen the label establish its own successful production complex which has given rise to huge electronic anthems such as Jakatta’s “American Dream” and Joey Negro’s “Make a Move on Me” among its many commercial hits. Indeed, Dave's prolific quality output on Z is matched only by the innumerable aliases he adopts, with Jakatta, Joey Negro, Sessomatto, Akabu, The Hed Boys, Doug Willis, Mistura, Z Factor and The Sunburst Band being some of the more popular ones.

Though Z and its sister production house (Z Productions) still continues to showcase the prodigious production talents of Dave Lee, the label has also featured the work of other respected luminaries such as Masters At Work, Blaze, Basement Jaxx, Erro, Copyright, Jazz’n’Groove, Bini & Martini, The Blackbyrds, Osunlade, Motif and Mark Knight.

As a result, and not surprisingly, Z has become a byword for consistently great music among lovers of soulful electronic music across the World.