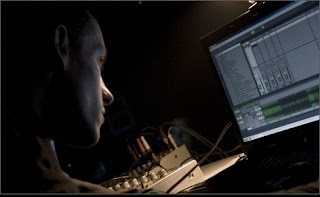 Just back from playing Hong Kong and the Far East Espion has a few live shows coming up, in addition to his DJ residencies - including Glasgow Soundhaus. We will be featuring some of Espion's new material on our new website but in the meantime checkout his myspace .

Glasgow based Stephen Arnold AKA Espion has been producing a variety of electronica styles since 1994.Multi instrumentalist, Espion has many years of experience in sound production and audio engineering for film and TV. As a DJ and live act, he has appeared worldwide alongside the likes of Rennie Pilgrem,Mekon, Bass Junkie and has had releases on Soma, Serotonin and Orson Records. He is currently the co-promoter and resident of Camouflage in Glasgow's Soundhaus venue.